Tennis court use is restricted to guests and residents.  Day visitors may not use the courts.  Unlike the swimming pools, the court use is not strictly enforced.  The courts are open daily from 8AM until 10PM with flood lights available for when it gets dark. The general rule for when the courts are busy is;  you may play for 30 minutes and then gives those waiting a chance to play. If no one is waiting you, you may play as long as you like.

There is no fee for vacations who reside in El Dorado Ranch to play as use of these amenities is included in the resort fee which is part of the rental.

The La Venata del Mar courts are located on the beach side of El Dorado Ranch.  Easiest ranch entrance to use to access the courts is the La Ventana del Mar entrance which is East of the highway.  La Venata courts are made up of two courts.  They have the added convenience of being close the the La Palapa bar & grill plus swimming pool.

The courts are standard size courts and are hard surface courts which provide greater consistency of bounce during games. 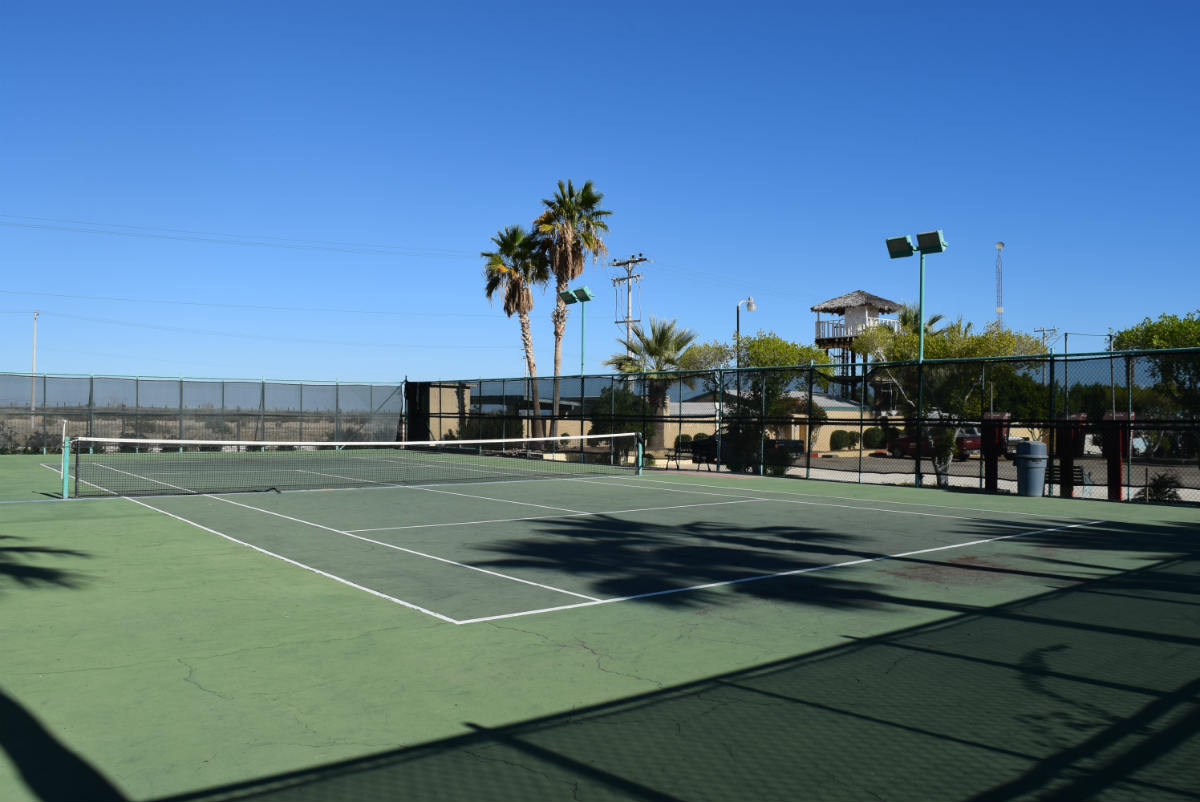 El Cachanilla tennis courts are on the mountain side of El Dorado Ranch.  Easiest entrance to get to the courts is via the Salito Entrance which is on the west side of San Felipe highway 5.  The court open hours are 8AM - 10PM Monday through Thursday.

Just like the La Ventana tennis courts, the El Cachanilla tennis courts are hardcourt providing for bounce consistency during games.  As all the courts have standard sizes, the courts are ideal for playing either singles our doubles.  The service lines are painted in white color for easy identification whether playing during the day or at night. 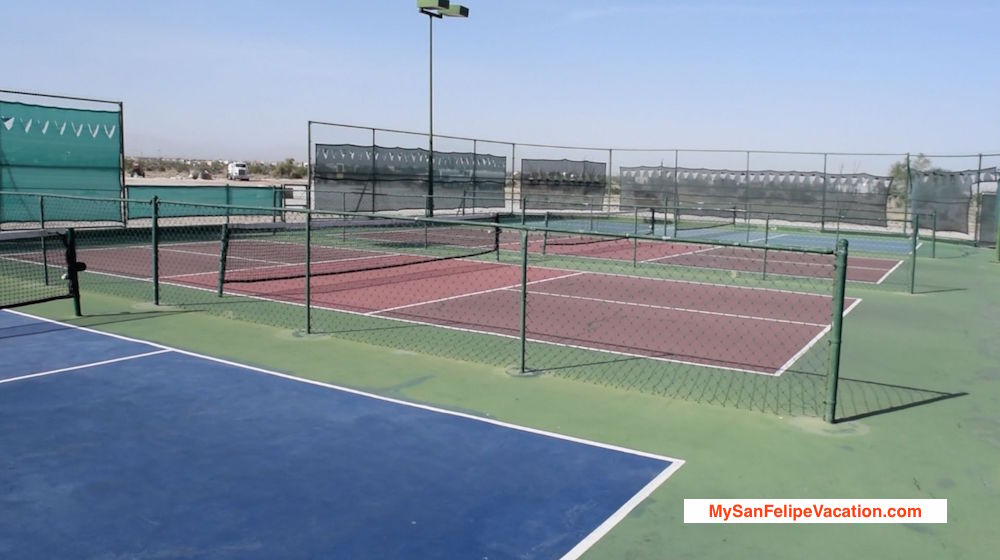